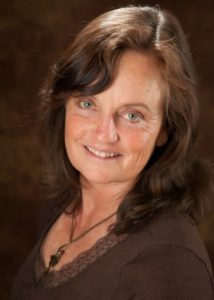 Recovering from an Injury-Part 2
By Diana Bailey

To continue treating the body like a machine ensures installation or removal of a few parts over time. Approaching any injury with the attitude of “let’s get this over with” means it may be over or, at the very least end quite differently than was hoped. There is no magic bullet to put this life event away. Cutting and medicating, no matter how necessary in the moment, address a symptom rather than the abiding issue. This path is understandable because the human tendency is to fix what can be seen and touched rather than what is believed. The results speak for themselves.

Absent direction from a professional, and often even in spite of it, injuries are rarely viewed as a personal reason for more accurate observation and examination of underlying mental habits. Damage to the body is not somehow separate from the decisions that caused it. To ignore, blame, justify, or rationalize this critical aspect of the injury won’t make next time not happen.

Gravity exists whether we believe it or not.
Lack of belief merely guarantees another painful outcome.

It is a curious truth that when people get beat up enough, they become willing to entertain new options. Injury is an indicator that at the very least, a review of mental habits is warranted.

The more you are able to abandon your “self” to the process, the more productively rehabilitation time will be used. Rest assured that if you hug your diagnosis, it will never let go of you first! Ignoring a diagnosis ensures other consequences, because ignoring something does not make it go away. The best use of any qualified opinion is as a place to begin rather than the final answer.

Both physical therapy and post-rehab Pilates essentially conspire to take every day motions out of context in order to restore physical ability. The movement is the same, but the reason for doing it becomes different. So, there is no fixed idea about what “should” happen. Curiosity is the root of recovery. This necessary shift in perspective, provided by varying the context, makes a place for possibilities rather than conclusions. In effect, people see and do what they could not before because their mind was too certain of the result.

Once awareness has expanded and the body learns that it can again move without pain, confidence returns along with more efficient movement. Guarding* disappears. Pain ceases to chip away at peace of mind. If you can’t find a way to move pain free, get help! There are people who can teach you how, and this is worth every penny with respect to quality of life.

Change does not have to be difficult, but it may test some limits. Great teachers can make necessary moments doable and even enjoyable. The essential ingredient is to train awareness over exercises. The moment awareness broadens, capacity shifts. A great teacher won’t ask outright for a change of belief, but you may later discover you have because it made sense to do so.
*Guarding is the body’s automatic reaction to delay or avoid pain. At first, this happens to protect the muscles and joints involved. Guarding is evidenced by restricted movements that partially or totally bypass the use of the painful area. The long term result, if the guarding remains, is an adaptive pattern that eventually causes further dysfunction and pain.